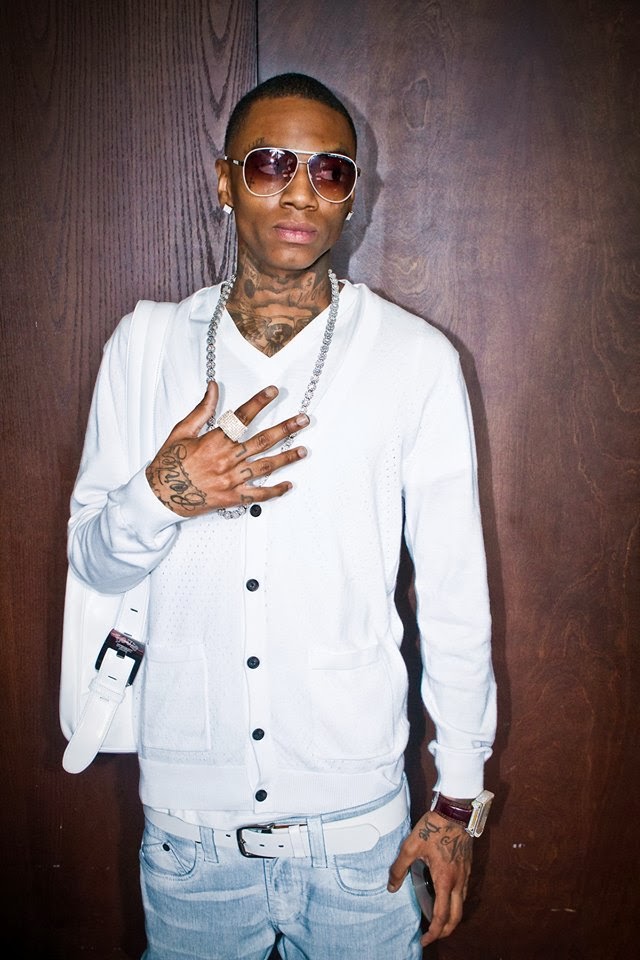 Soulja Boy is headed to jail this Thursday (Feb. 20), according to his own admission.
The 23-year-old announced the impending sentence via Twitter, Saturday, "5 more days until I go to jail. Appreciate everyone who was there for me while I needed ya'll."
Although he didn't elaborate, the stint in custody is likely related to a weapons bust near Los Angeles late last month. Police pulled his car over for running a red light, and recovered a loaded firearm reportedly in Souja's possession. He was briefly jailed at the time.
The gun arrest was one of a short list of legal trouble Soulja has gotten himself into, including having his Bentley impounded for a hit-and-run accident last year. Regarding the weapons incident, his manager told TMZ that police had no right to search the car or make the arrest without a warrant. He went on to say that the gun didn't belong to Soulja, claiming a neighbor left the weapon under the seat of the car without the "We Made It" rapper's knowledge.
The manager also alleged that Souja only copped to owning the car (he wasn't riding in the vehicle's passenger seat at the time) and never admitted that the gun was his. However, sources say the gun was out in the open and therefore no search warrant was required. Furthermore, since Soulja owned the car, he could have been held responsible for the weapon regardless of a confession.
As of press time, it is not known for how long he has been sentenced.