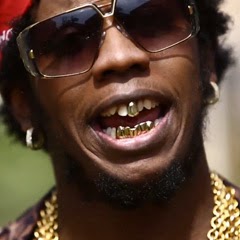 Atlanta rapper Trinidad James recently took a blatant shot at the birthplace of Hip Hop. After first showing love to NYC rap and the legacy of the Dipset crew, James told the crowd at a recent concert that his region is running New York right now.
“I remember when New York ran this sh*t. When Dipset was f*cking turnt the f*ck up,” said Trinidad at his Converse Rubber Tracks performance. “What the f*ck happened? I remember when New York rap was the sh*t, and us in the south, us bamas, we was like ‘what the f*ck?’ and we just did our own thing. But now we run y’all, that’s crazy.”

Trinidad then tells the audience, ”I’m not trying to start nothing, but if you wanna do something we can do something cause I don’t give a f*ck. I’m just being honest with you… Now every n***a popping out of New York you might as well tell he from Atlanta.”