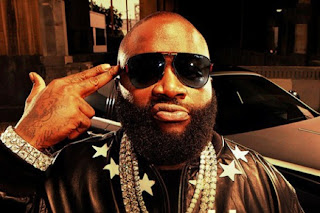 Reebok’s decision to break ties with Rick Ross is allegedly about to set the Maybach Music Group boss back between $3.5 – $5 million according to a report by TMZ.
Apparently, Ross was getting paid every time he wore apparel by Reebok, but after he and the brand started to receive significant criticism for the rapper’s controversial lyrics in Rocko’s song, “U.O.E.N.O.,” the shoe company decided to end its partnership with Ross.

Prior to the dissolution of their business relationship, Ross did offer an apology via twitter saying, “I dont [sic] condone rape. Apologies for the lyric interpreted as rape. #BOSS.”

That statement was not enough to end the torrent of calls for Reebok to drop Ross, and on April 11 the company official announced that the deal with the Miami rapper was ending.

Several rappers including Meek Mill, Slim Thug, and Rocko came out publicly and defended Ross’ right to express himself as an artist. Rocko also suggested that Reebok owed Ross a lot of credit for making the brand relevant in Hip-Hop again.

“As far as the Reebok thing, I don’t think that was fair because what he brought to Reebok. People in my neighborhood, in my city, they’re back wearing Reeboks. It was a cardinal sin to wear Reebok before Ross started promoting ‘em. Ross stepped in and he branded ‘em and he got the urban market back in to ‘em,” Rocko told MTV recently.
Posted by DJ NEW ERA at 4/19/2013 03:29:00 PM