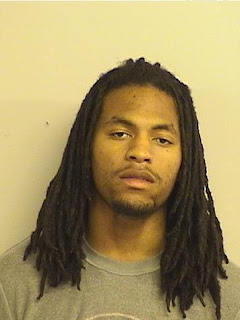 A Stillman College student was charged with attempted murder in the shooting of another student on the college's campus Tuesday night.
Elgerondo Williams, 22, was arrested and charged with attempted murder after he turned himself in, said Tuscaloosa County Metro Homicide Unit assistant commander Lt. Kip Hart.
Williams is accused of shooting a 19-year-old man twice in the torso with a small caliber handgun after arguing with the victim over money owed on a bet over a video game, Hart said. Both men are students at Stillman College.
Investigators responded to Hay Hall on the college's campus in west Tuscaloosa around 8 p.m., Hart said. Stillman police and Tuscaloosa police first responded to the on-campus residence hall at the college, which has an average enrollment of 1,000, after a college staff member called police.
The victim was transported to DCH Regional Medical Center and is in stable condition, Hart said.
Williams surrendered to a Stillman Police Department officer on campus after he fled the scene.
Hart said the weapon was recovered.
Williams was placed in the Tuscaloosa County Jail. Bond was set at $30,000.
Sharon Whittaker-Davis, Stillman vice president for student affairs, issued the following statement this morning on the shooting:
"This is an isolated incident, which Campus Police responded to quickly. There have been no violent crimes on the Stillman campus for 13 consecutive years. Moreover, student rooms undergo mandatory room checks bi-weekly. Stillman maintains zero tolerance for weapons of any kind, which is clearly outlined in the student handbook. According to the College's policy, Williams has been expelled from the institution," she said.