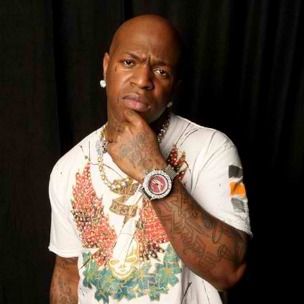 The Cash Money roster seems to be growing by the month and the label’s co-founder Birdman has no plans on halting the growth of Cash Money anytime soon. In fact, in a recent interview with Complex magazine the rapper turned businessman even revealed that if he ever got the chance to he’d likely try and sign Miami rapper Rick Ross once his contract with Def Jam is up.
On top of expressing his interest in scooping up Ross once his contract’s up, Birdman also mentioned Game as an artist he’d be interested in as well.
“Ross signed to Def Jam and you know Ross is a close friend of mine. But if the time ever came, we gonna G up and make it happen,” Birdman explained. “Right now he signed to Def Jam, but when the time do come, I’m gonna be right there waiting…I know that I told Game, if the time come I would love to sign Game. I think he’s a very talented artist. But right now he’s signed with Interscope, maybe he’s got another album. But when time comes, I’m gonna be there for him too.”
Birdman also shared that he was impressed with what Ross is doing over at Maybach Music Group, but wasn’t as enthusiastic with his words when it came to Kanye West’s G.O.O.D. Music.
“They’re doing what they’re doing too. But I think Khaled and Rozay are doing a little more,” said Birdman. “They’re a little more active with their acts. I ain’t talking about them as a brand, but their acts. You got Kanye doing him, but what acts do they have that are active and doing a lot? I’m looking at how much your team is doing.”
As far as retirement is concerned Birdman revealed that once Lil Wayne calls it quits in music then that’s when he plans on retiring as well.
“One thing about my son is that what he says is what he means. When he does retire, that’s when I’m going to stop fucking with it altogether because it ain’t gonna be no need. He’s going to take us where we need to go. When he retires, that’s when I stop,” he explained.
Posted by DJ NEW ERA at 3/30/2012 06:20:00 AM