DMX ARRESTED FOR DRIVING WITHOUT A LICENSE (SEE MORE BELOW) 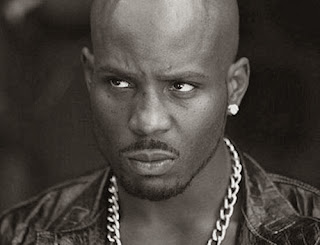 DMX was arrested in South Carolina yesterday (November 4) on charges of driving with a suspended license, not having a car tag and not having automobile insurance, according to cnn.com.
A Spartanburg County Detention Center police officer who was reportedly familiar with X due to recent arrests in South Carolina, stopped the rapper for questioning as he drove towards the airport, according to Rosylin Weston, an airport spokesperson who spoke with CNN affiliate WSPA.

DMX has been arrested several times this year. In February, DMX was arrested for driving without a license. In July, X was arrested for driving under the influence after he was seen operating a vehicle "erratically," according to South Carolina Highway Patrol. He was also found to be driving without a license and without a seat belt. In August, he was arrested for marijuana possession for drugs that were found in his vehicle after he was stopped by a police officer. X reportedly "became very aggressive with his words and was making multiple idle threats" when a police officer questioned him about the marijuana. Throughout his life, X has faced several criminal charges including probation violation, illegal drug possession and animal cruelty, as per cnn.com.

DMX's publicist released a statement about the arrest.

"He was arrested on minor traffic charges and spent only three hours in jail," X's representative Domenick Nati said, according to cnn.com. "This short arrest will not affect any of his upcoming concerts and he is planning on performing with Swizz Beatz on Wednesday's 'Wendy Williams Show.'"
Posted by DJ NEW ERA at 11/06/2013 06:24:00 AM