RICK ROSS TALKS WHAT TO EXPECT FROM NEW ALBUM 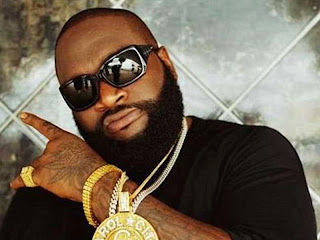 Maybach Music Group Kingpin Rick Ross recently announced that his latest LP, Mastermind will release on December 17.
Also recently sitting down with Civil TV, the Miami, Florida native talked about his latest project and said that fans will hear the culmination of Ross' experiences over the last year.

“In the past year I done seen some things, I done been through some things, so you're going to feel that passion and that aggression,” Ross said when speaking about the album. “I think the streets are really going to love this.”

Ross also talked about being featured on Jay-Z's latest release Magna Carta Holy Grail. Spitting a verse on the track “FuckWithMeYouKnowIGotIt," Ross said he heard a lot of the other songs on the album and wanted to bring a southern influence to the cut.

“We wanted to make sure the South was heard,” Ross said when describing the song. “Last time I felt like the South was really heard was on 'Big Pimpin.'"

Finally, Ross said that he's putting "the finishing touches" on a song he's hoping to get Bobby Womack on and that he really respects what Pusha T did with his 2013 release.

Recently, Rick Ross released the trailer for Mastermind, which revealed the release date to the public.
Posted by DJ NEW ERA at 10/16/2013 09:25:00 AM