DIDDY SAYS BEING #1 ON FORBES LIST DOESN'T DEFINE HIM 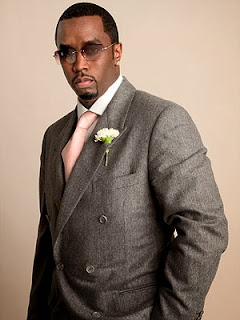 Entrepreneur and recording artist Sean “Diddy” Combs was recently named the wealthiest and the top earning person in Hip Hop by Forbes magazine. The business-centered publication revealed that Diddy has an estimated net worth of $580 million and earned $50 million in one year topping other rap moguls Jay Z, Dr. Dre, and Nicki Minaj.

In an interview with Forbes, Diddy says he recognizes the value of being an example of upward mobility; going from a low-income family to building an immense fortune, but he adds his wealth is not the most important aspect of who he is.

“I can’t deny how humbling and how proud I am to be from Harlem, New York, to be from the inner-city and be on the Forbes list,” said Diddy. “But it doesn’t define me.”

The Bad Boy Entertainment head said that he defines his success by his ability to help those in need. “Another thing about being number one on the list is that I openly accept the responsibility that comes with that. That economic power gives me the opportunity to give back.”

Diddy’s net worth is likely to jump even higher after his new music channel Revolt officially launches later this month.