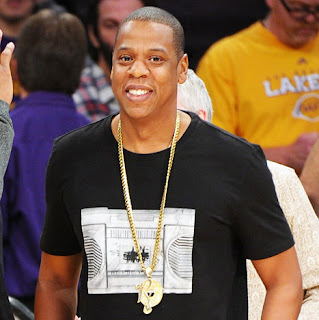 As thousands gathered in more than 100 cities across the United States on Saturday (July 20) to protest Stand Your Ground laws in support of Trayvon Martin, the 17-year-old black boy who was shot and killed by George Zimmerman in 2012, one of Hip Hop's most famous couples joined in.
Jay-Z and Beyonce attended a rally in Manhattan, New York, alongside Rev. Al Sharpton and Martin's mother, Sybrina Fulton.

"Jay-Z and Beyonce said they didn't want to speak and they didn't come for a photo op," said Sharpton, relayed People.com. "Jay-Z told me, 'I'm a father. Beyoncé is a mother.' We all feel the pain and apprehension – the laws must protect everybody, or it doesn't protect anybody ... We do not come from hate, we come from love of children."

Zimmerman was found not guilty of second degree murder or manslaughter after a nationally-televised trial.

Upon the Zimmerman verdict being announced, emcees such as Immortal Technique, Brother Ali, Young Jeezy, and SpaceGhostPurrp, among many others, quickly reacted to the news.

Jay-Z previously spoke on the matter as well, during his BBC Radio 1 interview with Zane Lowe