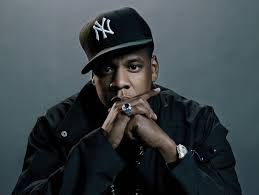 Jay-Z's next album, Magna Carta Holy Grail, will be available to a million Samsung users for free but the album may not immediately qualify for platinum certification. This news comes after Jay-Z announced his partnership with Samsung and questioned whether going platinum before releasing the album was an option.
Billboard currently does not recognize bulk sales which are then given for free. Instead, they count sales from retailers that buy in bulk with the intention of selling. Retailers must also purchase the albums for at least a third of the project's Suggested Retail Price, or SRP. It is currently known that Samsung purchased Jay's album for $5 per unit. However, the project's SRP is not known as of yet.
There is another issue with Jay being certified platinum before the album drops. According to MTV's report, RIAA certification is only available after 30 days from the project's release date. Therefore, Jigga will have to wait for 30 days after releasing Magna Carta Holy Grail before knowing what plaques he can get.
Posted by DJ NEW ERA at 6/21/2013 08:27:00 AM