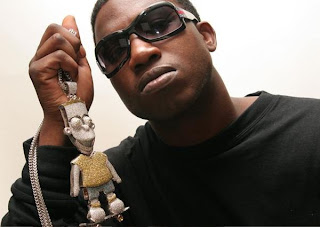 Gucci Mane was released from jail on Thursday afternoon after spending nearly three weeks behind bars for probation violation. The probation stemmed from a March 26 incident where he allegedly hit a man over the head with a champagne bottle, causing a massive cut.  The case is currently pending while police continue to investigate the incident.
Intially, Gucci was denied bail, but a judge finally granted him a $75,000 bail. The following day he was back behind bars for unknown reasons.
Gucci is expected back in court later this month, according to TMZ.
Posted by DJ NEW ERA at 5/02/2013 02:55:00 PM