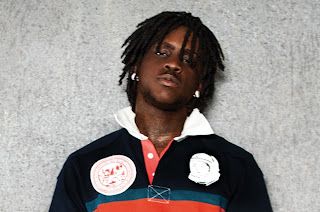 South Side rapper Chief Keef was arrested near Atlanta this week for disorderly conduct, two months after he was released from custody in Chicago for a probation violation.
Chief Keef, 17, was arrested in Dunwoody north of Atlanta Monday afternoon and booked under his real name, Keith Farrelle Cozart, on one misdemeanor count of disorderly conduct. He was released on his own recognizance from the DeKalb County Jail around 3:20 a.m. today, a spokesman said.
Details of the arrest were not available.
In March, the rapper had completed a 60-day sentence for violating his probation on a gun conviction. A judge ruled he violated his probation by firing a rifle at a gun range during an on-camera promotion for his music last summer.
Chief Keef was originally sentenced to 18 months of probation for pointing a gun at a Chicago officer and was prohibited from having any contact with a firearm while on probation.
Posted by DJ NEW ERA at 5/21/2013 10:33:00 AM