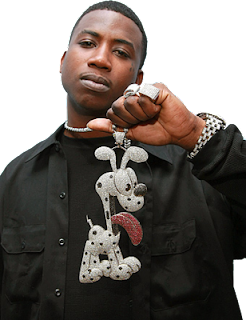 Rapper Gucci Mane has turned himself in for the alleged assault of a solider, source say.
Last week, the rapper was charged with striking a solider, one a fan, over the head with a bottle. The man approached Gucci Mane in the VIP area of a club.

According to Atlanta’s WSVBTV, the rapper answered a warrant out for his arrested and was put in jail.

The solder, James Lettley, said he wanted to get a picture with the rapper, but was assaulted Harlem Nights Club on March 16.

A second man in Philadelphia has accused Gucci of assaulting him with a punch just two days after the alleged Atlanta incident.
Posted by DJ NEW ERA at 3/27/2013 02:36:00 PM