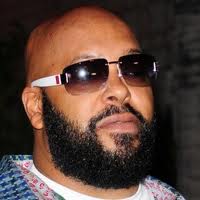 After security broke up the fight, and escorted the pair back to their white SUV, several men became riled up and began to move towards Suge Knight’s vehicle.

Suge gunned the engine and sped off through the parking lot, almost striking several onlookers.

The fight came on the heels of Katt Williams arrest yesterday (December 28), for child endangerment Charges.

The comedian is free on $100,000 bail, after authorities received a complaint of guns and drugs being in his Hollywood home.

The L.A. County Department of Children and Family Services found four guns and illegal drugs inside of his home.

The same day, Katt Williams was also hit with a $4 million lien by the IRS, for unpaid taxes stretching back to the year 2008.