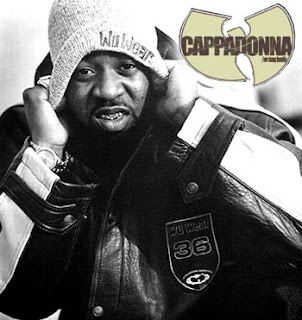 Wu-Tang Clan member Cappadonna is working on a new album titled Eryth, Wynd & Fyre, which will be a double CD, representatives for the rapper confirmed.
Cappa’s double album will feature production from Stu Bangas, J. Glaze and G Force, while rappers Solomon Childs and Sav Kills check in as guests on the release.

The announcement comes on the heels of a busy year for Cappadonna, who is featured on The Man With the Iron Fists soundtrack, as well as the Wu reunion track “Six Directions of Boxing” and the Wu-Block project between Wu-Tang Clan & D-Block .