RAPPER THE GAME AT IT AGAIN 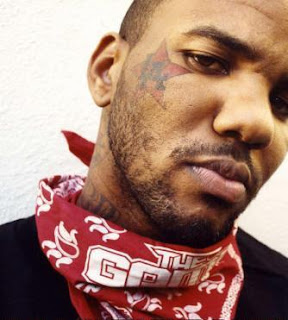 Compton, California rapper Game shot the visuals for his new single “Cough Up a Lung,” last week in New York


Over the weekend, Game released the video for the song, which is taken from Game’s “The Offering” series.
During the song, Game takes the opportunity to address rapper Shyne, who recently dissed fellow Compton rapper Kendrick Lamar.
Game and Shyne are going tit for tat over comments Shyne made about Kendrick Lamar’s critically acclaimed debut album good kid, m.A.A.d. city.
Now, Game has taken the beef beyond Twitter and on to wax as he makes light of Shyne’s jail time, his deportation and even his religion.
“Let’s address that b**ch ass ni**a going at Kendrick /say the album’s trash, ni**a you full of gas/poke holes in you, let you fill up a New York cab/ni**a in Belize all into his feelings ’cause he did 10 years for shooting at the ceiling/Diddy gave you a mil, little ni**a should have chilled/cute curly sideburns, talkin’ ’bout he real/
During the track, Game addresses his feud with 40 Glocc, who recently sued the rapper over a violent altercation in the Hollywood Hills in July of 2012.
On Tuesday, Game will start promoting the #BibleStudy series in preparation for Jesus Piece, which is due in stores on December 11.
Posted by DJ NEW ERA at 11/15/2012 11:12:00 AM