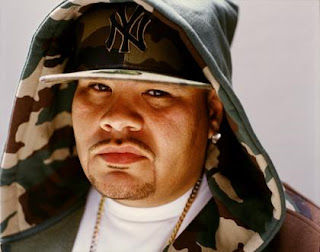 50 Cent and Fat Joe infamously beefed for years, but they publicly buried the hatchet during a tribute to Chris Lighty at the 2012 BET Hip-Hop Awards. Speaking with Hot 107.9’s Q Deezy, the Terror Squad leader explained that Lighty had tried to mend fences between the rappers several times, but it took his passing to finally bring them together.
“The same guy who discovered [50] discovered me, Chris Lighty, and Chris Lighty, I owe him everything because I used to hustle big time in the Bronx, and out of 50 of us, I’m the only one who got away because I got legit,” he said. “Everybody else got like 75 years in jail, God bless ‘em. So he literally saved my life. I never could believe I could be a rapper; he talked me into rapping. So he wanted us to make peace forever, but we were just being stubborn and ignoring him.”

Joey Crack said that he knew 50 would be part of the tribute, and when he arrived, Fif whispered a few “gentleman-like” things in his ear and they shook hands, thus ending the beef.

“I came to do the tribute. I knew 50 Cent would be there, but I came with like, we gon’ do this for Chris. And while we was there, 50 whispered some things in my ear that was gentleman-like. I’m a gentleman. I don’t dislike people. I’m one of the most loveable dudes in Hip Hop, believe it or not. So you know, he just said the right things and a handshake [was] involved and that was that. It’s just two grown men that just said yo, this is for Chris Lighty, this is for Hip Hop. Let’s move on with our lives.”
Posted by DJ NEW ERA at 10/06/2012 08:23:00 AM