Rapper Lil Phat Killed at the Age of 19 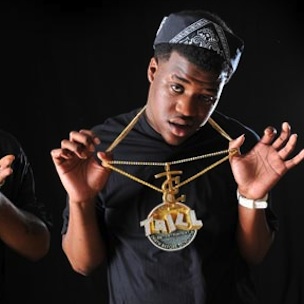 A 19-year-old man was shot and fatally wounded Thursday night outside Northside Hospital in Sandy Springs, and police were seeking an attacker who may have been seen running from the scene.
Police identified the victim as Melvin Vernell III, of Corbin Lake Court in Sandy Springs. A motive for the shooting was not known.


The incident happened about 6:40 p.m. in the 1001 block of Johnson Ferry Road, Sandy Springs police said. A man was found shot multiple times in a car parked on the second level of a parking deck off Hollis Cobb Drive next to the Northside Hospital Women’s Center.


The victim was taken to nearby Northside Hospital, where he was pronounced dead a short time later.


Witnesses indicated to investigators that they saw at least one suspect running from the parking deck toward Johnson Ferry Road. Police said that as Thursday night they knew of no connection between the shooting and the hospital or its Women’s Center.


The parking deck has video surveillance cameras but it was not known if they captured any useful images.


One of the visitors who found themselves caught up in the lockdown was state Sen. Charlie Bethel (R-Dalton).


“We arrived around 6:30 to visit my brother and sister-in-law – my wife’s family had baby today at Northside Women’s Center – and as we arrived, there was a disturbance in the parking lot,” Bethel told The Atlanta Journal-Constitution in a phone interview.


“As we entered the hospital, we were escorted to an empty patient room with other visitors,” he said. “Another family said that as they were beginning to leave, they heard shots and were hurried back into the hospital.”


Hospital officials, Bethel said, “just asked us to go, close the doors and stay away from the windows.”