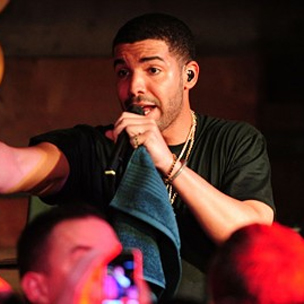 Many artists including Nicki Minaj and Usher have collaborated with electronic dance music musicians to expand their reach worldwide, but Drake says he won’t follow the trend.
During an interview with NME (via MixMag), the Young Money rapper said that he has no interest in making “David Guetta stuff" because it isn’t true to his artistry.
“For me, the David Guetta stuff just doesn't work. I don't really wanna go there,” he said. “There's other artists, that's their sound. They feel in order to thrive internationally that they gotta do straightforward, four to the floor, David Guetta, Pitbull music."
He says that he’d rather collaborate with someone like Jamie xx, who worked on the title track for Take Care. “For me, I'd rather go to somebody like Jamie xx and tell him, 'Look, I really wanna turn the club upside down, but I wanna do it with integrity, with soul."
Posted by DJ NEW ERA at 4/24/2012 11:48:00 AM